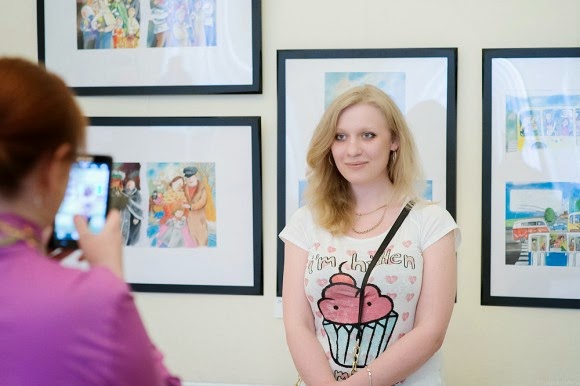 About the works presented at the exhibition : "This illustration - cover to the book " Driving "publisher" Nastya and Nikita . " These two illustrations also for " Nasty and Nikita " - this book was already well-known author Natalia Volkova "Poems ." The book was a great success . And for four of the book " Easter stories for children ", which was published in " Nicaea " this year . We hurried to the holiday , it was everywhere . The book contains 15 illustrations here in this style - it's watercolor, gouache, pastel , clay, all together. What came across to me by the arm , then used . The most serious story that I have ever painted - it Shroud . Generally , I take in all the work that they give , and even the fact that she never would not have taken, because it is an opportunity to discover something new. For example , in a life I did not draw any hoisting cranes , no fire , and I had to. But most of all I love to paint poems , because if you draw to the story , the characters - the same - should be tracked throughout the book . And sometimes it is boring. I want to play , and you have to set limits. And in verse - each new turn - this new pictures . And you can draw anything . " 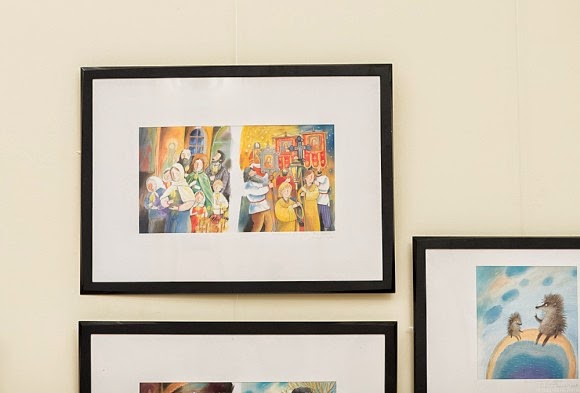 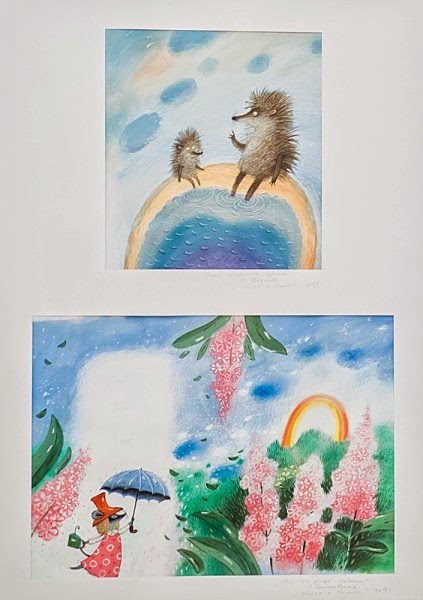 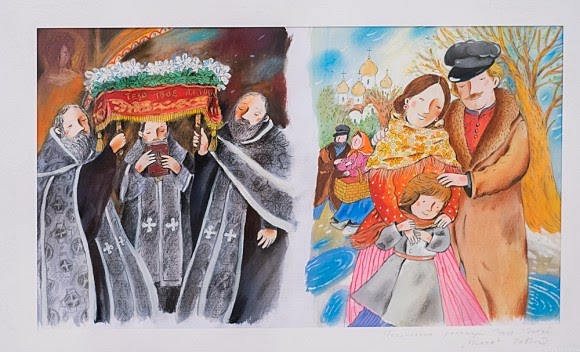 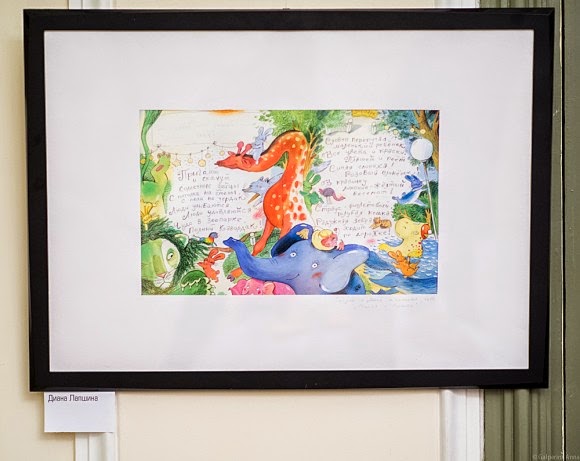 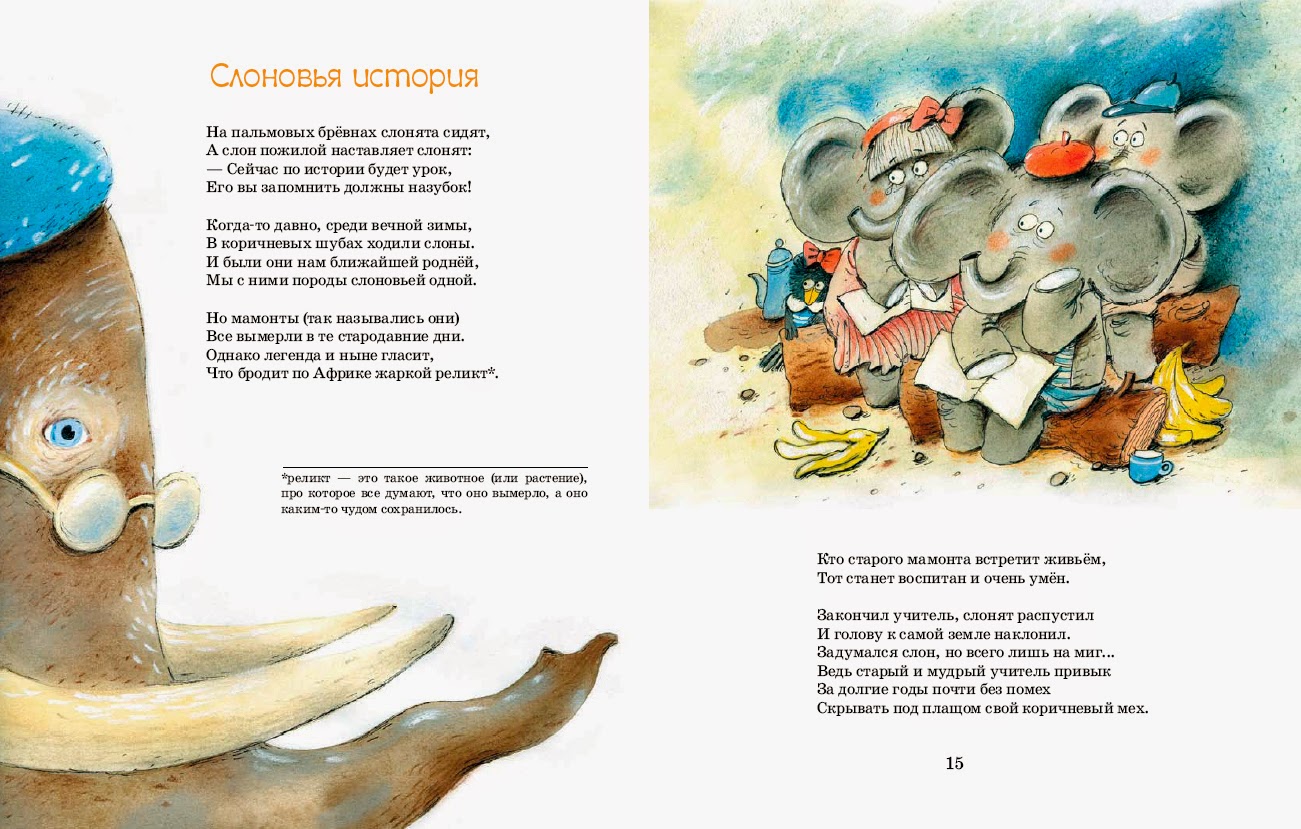